For information about the Makerspace's procedures and guidelines, click here.

(Unless appointment is made) 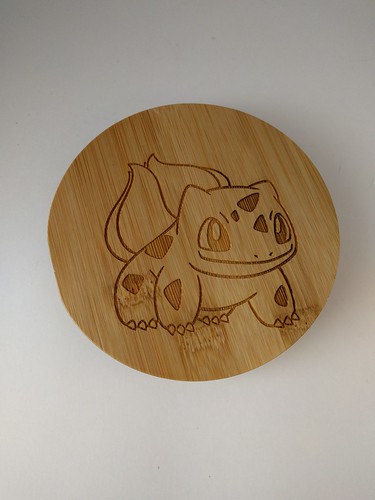 What is laser cutting?

Laser cutting is a technology that uses a laser to cut materials, and is typically used for industrial manufacturing applications, but is also starting to be used by schools, small businesses, and hobbyists. Laser cutting works by directing the output of a high-power laser most commonly through optics. The laser optics and CNC (computer numerical control) are used to direct the material or the laser beam generated. A typical commercial laser for cutting materials would involve a motion control system to follow a CNC or G-Code of the pattern to be cut onto the material. The focused laser beam is directed at the material, which then either melts, burns, vaporizes away, or is blown away by a jet of gas, leaving an edge with a high-quality surface finish. Industrial laser cutters are used to cut flat-sheet material as well as structural and piping materials.

How does laser cutting work?

The process to have something laser cut, etched, or rastered begins with an idea and initial concept design. You can create your design using software like Adobe's Illustrator or the free and open-source products like Inkscape. These will provide with the necessary tools you need to get your idea and vision from your brain to the material!

The laser beam is a column of very high intensity light, of a single wavelength, or color. In the case of a typical CO2 laser, that wavelength is in the Infra-Red part of the light spectrum, so it is invisible to the human eye. The beam is only about 3/4 of an inch in diameter as it travels from the laser resonator, which creates the beam, through the machine’s beam path. It may be bounced in different directions by a number of mirrors, or “beam benders”, before it is finally focused onto the plate. The focused laser beam goes through the bore of a nozzle right before it hits the plate. Also flowing through that nozzle bore is a compressed gas, such as Oxygen or Nitrogen.

The high power density results in rapid heating, melting and partial or complete vaporizing of the material. When cutting mild steel, the heat of the laser beam is enough to start a typical “oxy-fuel” burning process, and the laser cutting gas will be pure oxygen, just like an oxy-fuel torch. When cutting stainless steel or aluminum, the laser beam simply melts the material, and high pressure nitrogen is used to blow the molten metal out of the kerf.